The Role of Minerals in Supporting Thyroid Health 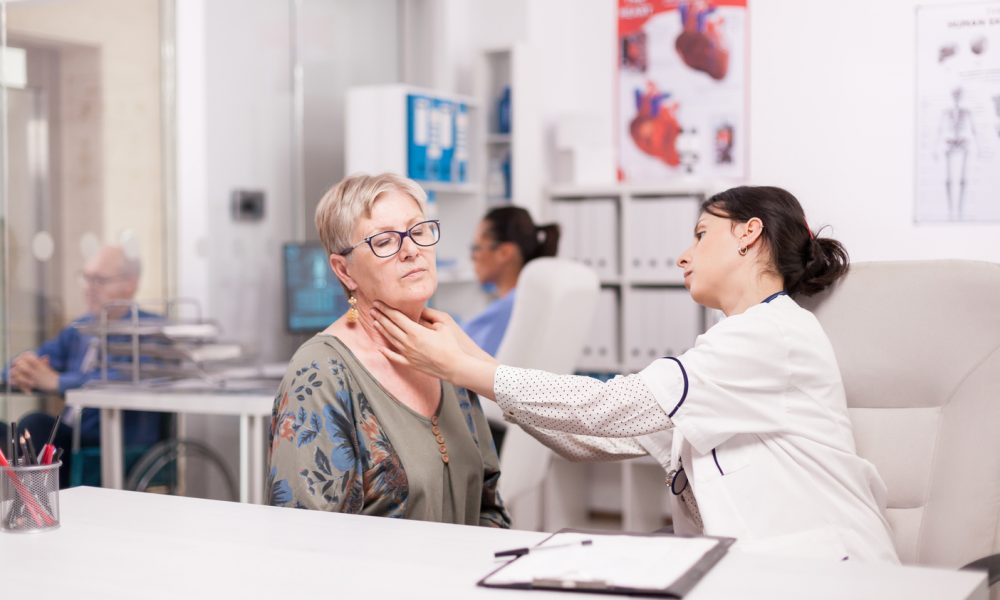 Hypothyroidism is one of the most common health issues encountered in the United States. According to the American Thyroid Association, it affects an estimated 20 million Americans7. It is a health condition in which the thyroid gland does not produce enough thyroid hormone (T4), causing a reduction in an individual’s metabolic rate. Common symptoms of hypothyroidism are fatigue, weakness, increased sensitivity to cold, constipation, unexplained weight gain, dry skin, hair loss or coarse hair, muscle cramps, depression, and “brain fog”.

Reports indicate that up to 70% of individuals in the US suffer from marginal magnesium deficiency. Magnesium deficiency is commonly seen in Hashimoto’s Thyroiditis. Magnesium plays vital roles in maintaining thyroid function1. It is involved in the formation of thyroid stimulating hormone (TSH) in the anterior pituitary, leading to an increase in thyroxine (T4) production. Thyroxine (T4) is the less active form of thyroid hormone. Triiodo-l-thyronine (T3) is the more active form, having 4 times the metabolic activity of T42.

Research shows that zinc may be the most versatile nutrient in regards to thyroid function. Zinc stimulates the hypothalamus to form thryrotropin-releasing hormone (TRH), which in turn stimulates the anterior pituitary to release thyroid-stimulating hormone (TSH)3. The release of TSH causes the thyroid to increase production of thyroxine (T4). Zinc is needed for the conversion of thyroxine (T4) into the much more active triiodo-I-thyronine (T3). Zinc is responsible for maintaining proper serum levels of T3, T4, and TSH4.

According to the International Journal of Endocrinology5 , the thyroid gland contains more selenium per gram of tissue than any other body component. Selenium is a key component of the iodothyronine deiodinases. The iodinases are involved in removing an iodine atom from thyroxine (T4) to form T3. In addition, selenium is important for protection of the thyroid gland. In the process of thyroxine production, the thyroid gland generates hydrogen peroxide, which is damaging to the thyrocytes. Selenium is a component of glutathione peroxidase, which is an intracellular antioxidant. Glutathione peroxidase protects the thyroid from the free radical effects of hydrogen peroxide. It has been shown6 that high iodine content with inadequate selenium levels will lead to the destruction of thyroid cells.

Individuals with hypothyroidism commonly have problems with their digestive tract and have difficulty absorbing minerals. Therefore, it is essential to select minerals that are easily absorbed and utilized by the body. Albion’s chelated minerals forms have been tested time and time again and have been shown to be safe and highly bioavailable.

T.W. Bastian, et al, found that copper is important for normal brain development. A copper deficiency renders the hypothalamus incapable of regulating thyroid gland activity. Copper deficiency during pregnancy gives rise to offspring that have serum levels of triiodo-l-thyronine (T3) that are 48% less than normal. Published research8 shows that copper helps catalyze the formation of tyrosine, the amino acid “backbone” of thyroxine.

Hypothyroidism can lead to low iron, and low iron can worsen hypothyroidism9. Hypothyroidism can cause a decrease in the production of stomach acid, which can lead to a decrease in the absorption of vital nutrients. Iron is a mineral that requires stomach acid for its absorption. In addition, iron is a component of many digestive enzymes. Low iron has multiple impacts on thyroid function. Iron is a component of the enzyme thyroid peroxidase, which catalyzes the first two steps in thyroid hormone production. Low iron will slow down thyroid activity through a decrease in thyroid hormone production and a lower rate of conversion of T4 to T3.

Iodine is one of the most essential nutrients for the thyroid. Each molecule of thyroxine (T4) has four atoms of iodine, and each molecule of tiiodo-l-thyronine (T3) has three atoms of iodine. A deficiency in iodine can result in hypothyroidism. Is iodine intake a problem in the United States? According to the Journal of Clinical Endocrinology and Metabolism10 , overall iodine intake in the United States is adequate as found in two NHANES evaluations.

The National Health and Nutrition Examination Surveys [NHANES I (1971-1974) and NHANES III (1988-1994) measured iodine intake via urinary iodine concentrations. Although the overall intake of iodine was adequate in both surveys, the median iodine intake decreased by more than 50% between 1971-1974 and 1988-1994. Inadequate or low iodine intake had increased 4.5 fold to 11.7% of the populace. In women of child-bearing age, inadequate iodine intake was seen in 14.9% of this group. Additionally, according to the American Thyroid Association, women are five to 8 times more likely than men to have thyroid problems.

Up to 60 percent of Americans with thyroid disease are unaware of their condition15. Lets examine how manganese, molybdenum and boron play important roles in support of thyroid health and the studies behind them.

Although the amount of molybdenum required by the human body is very low, it plays some very important roles. Molybdenum-dependent enzymes operate in the oxidative system of the thyroid epithelial cell called thyrocytes13. These are the cells of the thyroid responsible for the production and secretion of the thyroid hormones. Molybdenum plays a role in the release of triiodo-l-thyronine (T3) from the thyroid gland.

According to a study done in Russia14, boron plays a role in the conversion of thyroxine (T4) to triiodo-l-thyronine (T3).