Time For A Sugar Rush On National Dessert Day!

Cookies, cakes, pies, brownies and ice cream galore! Today, October 14th, is National Dessert Day. Here at Balchem we love desserts in all shapes and sizes and are excited to share our dessert technologies with you.

Did you know that ice cream was the first recorded traditional dessert to have ever been made? The origins of ice cream can be dated all the way back 3000 BC. It was originally flavored ice developed in China where Marco Polo eventually discovered it and brought it to Europe.

Meanwhile, one of America’s Favorite Desserts, the apple pie, did not come into creation until 4 millennium later. The first printed recipe of Tartys in Applis was created in Europe back in 1381. The recipe eventually made its way overseas where it became the apple pie we all know and love.

Whatever kind of dessert you end up wanting to create, Balchem has you covered. Whether you use our inclusion technology to reduce tearing in your doughs or add non-bleeding color to your cakes and cupcakes with our glimmer technology, Balchem has you covered. Don’t forget to use our flavor systems, such as Choco-FlakesTM, to bring rich flavor and mouth feel to your frozen desserts. Don’t forget to use our ConfecShure® encapsulates to help solve issues of flavor loss, sugar inversion, discoloration and more in your confectionary creations. 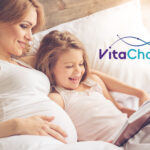 Iron and Women of Childbearing Age
If you’re an adult woman in the United States, the chances of not meeting your needs for iron, or worse – being iron deficient – are actually fairly high.
×