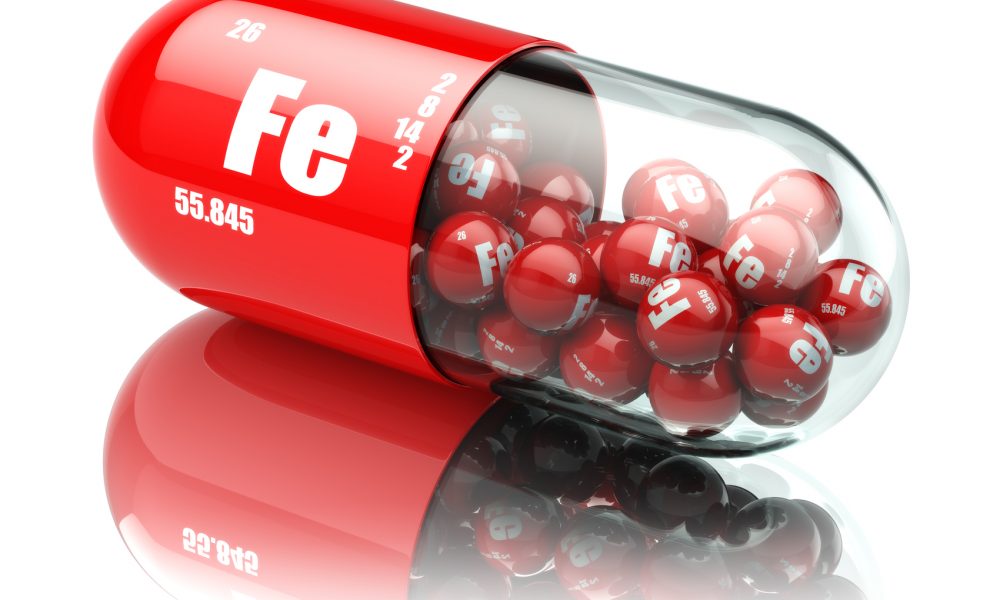 There are many reasons why iron is often considered a challenging supplement; chiefly, gastric side effects and undesirable taste. In this issue of our consumer newsletter, we will explore these challenges and detail the solutions—Ferrochel® and Iron Taste Free™.

Ferrochel (ferrous bisglycinate chelate) is a highly bioavailable form of iron that is well tolerated, non-reactive (electrically neutral), safe (GRAS), Kosher, and Halal. Studies have shown Ferrochel to be superior to ferrous sulfate in preventing anemia during pregnancy, and much better tolerated  (non-constipating, lower overall gastric side effects).

Iron Taste Free (ferric glycinate) has been demonstrated to be safe and effective. It is covered by 2 patents and is GRAS, as well as Kosher and Halal. Its low reactivity and taste free features make it ideal for fortifying certain foods, as well as being used in supplement forms, such as chewables, liquid and drop suspensions.

Prenatal vitamin/mineral supplements are routinely prescribed or selected to be taken over the course of a pregnancy. During pregnancy, a woman’s need for additional micronutrients are increased due to the increased metabolic needs of the woman, as well as the need to supply nutrition to the fetus for healthy development. In view of this, the National Academy of Science has made the following recommendation concerning the contents of prenatal supplements.

“ The U.S. National Academy of Science recommends a vitamin and mineral supplement that contains the following: 30 mg iron 15 mg zinc 2 mg copper 250 mg calcium (600 mg for women younger than age 25 and for those whose daily intake of calcium is less than 600 mg) 2 mg vitamin B6 3 mg folate 5 micrograms vitamin D (10 micrograms for women who do not drink vitamin D-fortified milk, have minimal exposure to sunlight, or are vegan) 2 micrograms of vitamin B12 for women who are vegan .”

Iron, calcium, and folic acid are the main micronutrients that need intake adjustments during pregnancy. The normal RDA for iron in adult women is 18mg per day, and in pregnancy, the RDA is increased to 27mg per day. In the first part of this newsletter, we will be discussing the importance of iron intake during pregnancy, as well as its need for the development of the newborn. Iron, of course, is essential for the making of hemoglobin, which is the portion of the red blood cell that delivers oxygen throughout the body. Iron has a role in multiple enzyme systems, and is needed to maintain a strong immune system. These roles for iron are continued during pregnancy. During pregnancy, the need for iron is greatly increased. Here are some reasons why. During the course of pregnancy, the amount of blood in a woman increases until it is about 50% greater than prior to pregnancy. This increase in blood will mean that the woman will require more iron to maintain adequate hemoglobin concentrations. Extra iron is needed for the proper development of the fetus and the placenta. This is especially true in the second and third trimester. Iron deficiency anemia has some inherent dangers. It is associated with preterm delivery, low birth weight, and infant mortality. Iron deficiency during pregnancy will impair the brain and neurologic development, as well as the overall growth of the fetus.

According to WebMD’s online listing, most oral iron forms are associated with side effects. These side effects include stomach upset and pain, constipation or diarrhea, nausea and vomiting. Taking the iron supplement with food can reduce some of these side effects; however, this has been shown to reduce the absorption of most iron forms. Iron should be taken on an empty stomach for maximum absorption. These side effects are real problems during pregnancy. Pregnancy is often, in itself, associated with morning sickness – nausea and vomiting – as well as constipation. Many iron forms, including the most commonly used form, ferrous sulfate, are known to cause these gastric side effects. These gastric side effects due to iron in prenatal supplements are a leading contributor to a lack of compliance. Non-compliance can lead to iron deficiency during pregnancy and result in all the complications that can arise. If an iron form is included in a prenatal supplement that is free from these side effects and is highly absorbed, the chance for compliance is greatly improved.

Ferrochel® is a Solution

Ferrochel® (ferrous bisglycinate chelate) has been the subject of 80+ published articles, and about 70 clinical studies. Ferrochel® has been clinically shown to have superior bioavailability to commonly used iron salt forms, such as ferrous sulfate. It has also been shown to be a better-tolerated form of iron than the salt forms.

Szarfarc, S.C., ALAN, vol. 51, No.1
This study was to evaluate the relative effectiveness of iron bisglycinate chelate versus ferrous sulfate in fighting iron deficiency in in pregnant women. The iron bisgycinate chelate group received 15mg of elemental iron per day, while the ferrous sulfate group received 40mg of elemental iron per day. The measureables were hemoglobin, transferrin saturation, and serum ferritin – measured at three time points during pregnancy. After 30 weeks of supplementation, it was obvious that the group taking Ferrochel® had a much better iron status than the ferrous sulfate group, in spite of the much lower daily dosage. The Ferrochel® group had a much better compliance record, as well. The main reason for non-compliance in the ferrous sulfate group was bad taste. Researchers concluded that Ferrochel® is much more effective in the control of iron deficiency during pregnancy.

Makola, D. J. Nutr. Vol. 133 No.5, 133 (5), 1339-1346; May, 2003
This study included 259 pregnant women (gestational ages 8-34 weeks) in a double blind controlled 8 week supplementation trial.  The study was to test the effect of an 11 micronutrient-fortified beverage (containing Ferrochel® as the iron source) on the hemoglobin, iron, and vitamin status of pregnant women in Tanzania. After 8 weeks on this supplement, there were clinically significant increases in hemoglobin, ferritin, and vitamin status. Researchers concluded that the use of this micronutrient-fortified beverage may be a useful and convenient preventive measure to improve the nutritional status of women before and during pregnancy to help avoid potential maternal and fetal consequences of micronutrient deficiency.

As we learned in the last installment of this newsletter, Ferrochel® has been shown to be well tolerated in several published clinical studies, and in head-to-head studies versus ferrous sulfate, the subjects in the studies have preferred Ferrochel®, as being easier on the GI tract – less cramping, nausea, and far less constipation. Ferrochel®  is an excellent solution to the difficulties presented by iron taken during pregnancy. Formulating prenatal supplements with Ferrochel® as the iron source will result in high iron bioavailability, helping to prevent iron deficiency, as well as insuring that the fetus is supplied adequate iron for its healthy growth and neurological development. Its lack of gastric side effects will lead to better compliance during the course of the pregnancy. The table below summarizes the Ferrochel® advantages.

Because of the incidence and long term impact of iron deficiency in infants and toddlers, efforts to detect iron deficiency in this age group must be emphasized. In addition, there need to be efforts made to insure that they have adequate iron intake, in utero and early in life. In view of this, the fortification of staple foods is a common practice in developing nations. In addition, iron in supplemental forms are commonly manufactured in dosage forms intended for infants and toddlers in developed nations, as well as in third world countries. The dosage forms intended for infants and toddlers are typically pediatric drops, liquids, or chewable tablets. Most iron forms, like ferrous sulfate, cause these dosage forms to have a taste that is not well accepted by the young. Because of this, parents often have a problem getting the infants and toddlers to take their iron supplement.

Iron Taste Free Has Been Used to Fortify the Following:

Iron Taste Free is an ideal form of iron for use in oral suspensions, chewable tablets, and pediatric drops due its proven effectiveness and taste-free feature.

The properties of Albion’s two iron ingredients make them an excellent solution to problems caused by iron salt forms, such as ferrous sulfate and ferrous gluconate.

Ferrochel® (ferrous bisglycinate chelate) is a highly bioavailable form of iron that is well tolerated, non-reactive (electrically neutral), safe (GRAS), Kosher, and Halal. Studies have shown Ferrochel® to be superior to ferrous sulfate in preventing anemia during pregnancy, and much better tolerated (non-constipating, lower overall gastric side effects). Ferrochel® is the best choice for prenatal supplementation.

Iron Taste Free (ferric glycinate) has been demonstrated to be safe and effective. It is covered by 2 patents and is GRAS, as well as Kosher and Halal. Its low reactivity and taste free features make it ideal for fortifying certain foods, as well as being used in supplement forms, such as chewables, liquid and drop suspensions. When it comes to iron ingredients, look to Albion.