Calcium Supplementation – Not As Easy As Advertised 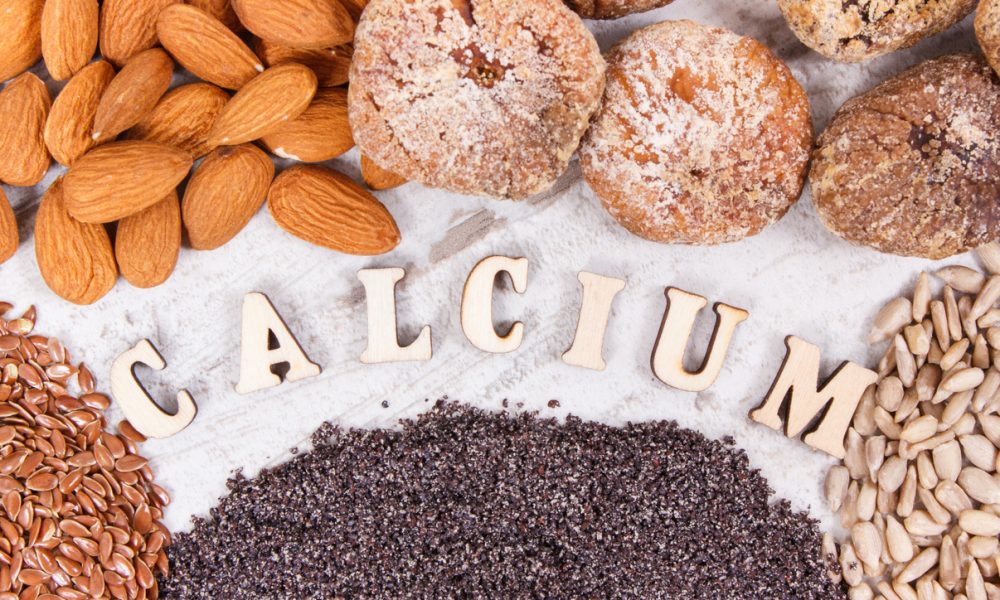 If you watch TV, you’ve likely seen a commercial for a particular brand of antacid that claims to not only relieve upset stomach, but also deliver something else your body needs – calcium! On the surface, this product seems enticing. Soothe your stomach and get your required calcium in one shot. The advertising campaign for this antacid has been successful, but this triumph may have come at the expense of the consumer’s health.

The active ingredient in this antacid/calcium supplement is calcium carbonate. It’s the most commonly used source found in calcium supplements today due to its low cost and high calcium content. With the recommended dietary intake of calcium being 1000 mg, it’s much easier to sell you the needed products in a single dose of a couple tablets. But is this effective?
To really work, calcium supplementation must contain a source of calcium that is:

Safety is listed first for obvious reasons. Calcium supplementation is not a program that one undertakes for only a month, or even a year. It’s a lifetime commitment. If a calcium supplement exhibits poor tolerance or lack of safety, how can you be expected to use it throughout your life?

How Safe is Your Calcium Supplement?

All non-amino acid chelated calcium salts may cause constipation, but in the elderly, certain salts, including calcium carbonate, are known to cause diarrhea. Other side effects of calcium salts include flatulence, nausea, and bloating. Calcium carbonate, the source of the antacid mentioned above, is known to cause rapid and potent neutralization of gastric acid, but it is not recommended for prolonged use, due to potential for systemic side effects. Calcium carbonate is associated with acid rebound, inducing gastric secretion that is significantly increased by food. It’s been shown to cause excessive gastric secretion for 3 to 5½ hours after ingestion.

Continued use of calcium carbonate has been associated with a potentially dangerous disease known as milk-alkali syndrome (MAS). Hypercalcemia (an elevated calcium level in the blood), metabolic alkalosis (pH imbalance caused from the body being too alkaline), and renal failure (kidney damage) are its key symptoms. The risk of MAS from calcium carbonate consumption is increased by high dosage and prolonged use, as well as the concurrent use of sodium bicarbonate with vitamin D supplementation and/or regular homogenized milk intake.

Clinicians report they are seeing a rise in MAS, which had become rare with the advent of modern ulcer therapy. Increased consumption of calcium carbonate for the prevention and treatment of osteoporosis may be causing MAS to become prominent once again. Several MAS cases under review showed symptoms of irritability, nausea, headache, vertigo, weariness, hypercalcemia, metabolic alkalosis, and renal failure. All of the cases were attributable to the popular use of calcium carbonate as an antacid or calcium supplement.

A three year hospital study found that 16% of hypercalcemia admissions were from milk-alkali syndrome. A year later this figure increased to 38%. This study showed there was only one instance of milk-alkali in the five years prior. The researchers documented seven different cases where calcium carbonate products were the cause of the observed increased incidence of milk-alkali syndrome at the hospital. As the above study indicates, the mineral form in your supplement truly does matter.

Professor Heaney at Creighton University demonstrated that Albion’s patented organic calcium chelate mineral form was very soluble in gastric juices, and also had the greatest degree of absorption compared to other forms of calcium (See Figure 1). Albion’s amino acid chelates have been shown to remain intact in the digestive system and are absorbed as complete chelates. Thus, it is unlikely that daily, prolonged supplementation of Albion’s calcium chelate would cause milk-alkali syndrome.

Most people want a supplement that provides all their daily calcium requirements in a single dose. Although convenient, this is rarely practical. Studies by some of the leading researchers in the field of calcium nutrition have clearly shown calcium is best absorbed in smaller divided doses. In fact, the data reveals that as the quantity of the individual calcium dose increases, the percentage of absorbed calcium goes down dramatically, regardless of the calcium form.

To illustrate, a study examining calcium absorption was done in an attempt to derive an optimum dose schedule. In one part of the study, calcium absorption was measured from three different calcium doses (0.5, 1.0 and 2.0 grams) from calcium citrate and calcium carbonate. The increment of urinary calcium post-load, reflective of intestinal calcium absorption, rose dramatically from 0 to 0.5 gram-loads with only slight increases from 0.5 to 2.0 grams. The researchers concluded that both forms of calcium display dose dependency for calcium absorption, with calcium from the citrate being better absorbed at all dosages than calcium from carbonate. Keep in mind that Heaney showed Albion’s calcium bisglycinate chelate was absorbed approximately 1.83 times better than both calcium citrate and calcium carbonate.

In Dr. Heaney’s study, Absorbability of Calcium Sources: The Limited Role of Solubility, seven different forms of calcium were evaluated. The results of this study are summarized in Figure 1. As you see, Albion’s proprietary calcium amino acid chelate (AA chelate) received the highest percent absorption, even higher than the calcium found in milk.

What is Calcium’s Optimal Dose?

True calcium absorption was studied as a function of the size of the ingested load in healthy women, under meal conditions and at loads ranging from 15 to 500 mg calcium. The absorption rate was inversely related to the quantity of calcium ingested. At the lowest dose, the absorption averaged 64% and at the highest, 28.6%. Using the parameters found in the study, the researchers predict the following calcium absorption efficiencies:

A single 2000 mg dose of calcium would yield 50% less absorbed calcium than an equal amount of calcium given in four identical doses.

Most supplement companies tend to offer large amounts of calcium per tablet/capsule in dosage forms that supposedly give you the required daily intake in a single swallow. This may be an easy way to sell calcium supplements, but it’s not in your best interest. Based on absorption efficiency research, it would appear the most effective calcium supplementation program would consist of smaller divided doses, as opposed to larger single doses. More per dose is not necessarily better.

How well your bone tissue retains calcium once it is absorbed is a critical factor in supplementation success. When equal amounts of calcium from chloride and Albion’s calcium bisglycinate chelate were given, results of the study showed that seven days later, the tissue samples contained 54.4% more calcium from Albion’s calcium form than from the calcium carbonate.

Giving large amounts of a single nutrient may not be the most effective course for nutritional therapy. Nutritionists know the body’s nutritional biochemistry relies on a balance of all needed nutrients. In the case of calcium and the fight against osteoporosis, high doses of calcium have not been found to be particularly useful. Other cofactors must be included to make the calcium supplementation program effective.

The effects of calcium supplementation of 1000 mg calcium/day with and without the addition of trace minerals (zinc 15 mg/day, manganese 5 mg/day, and copper 2.5 mg/day) on spinal bone loss was evaluated in healthy postmenopausal women in a two-year, double-blinded, placebo controlled trial. Bone loss relative to baseline value continued in the placebo group. Those receiving calcium alone showed some slowing of the bone loss process, while the group receiving calcium plus the three trace minerals had its bone loss arrested.

When you’re looking for a source of calcium that is safe, highly absorbable, readily retained by targeted tissues, and available in a practical serving size, Albion’s patented calcium bisglycinate chelate is probably your best choice. With demonstrated long- and short-term safety, Albion’s calcium supplement is not ionized in the gastrointestinal system, and so it’s free from acid rebound and gastric irritation problems common with calcium salts.