Minerals and Your Skin 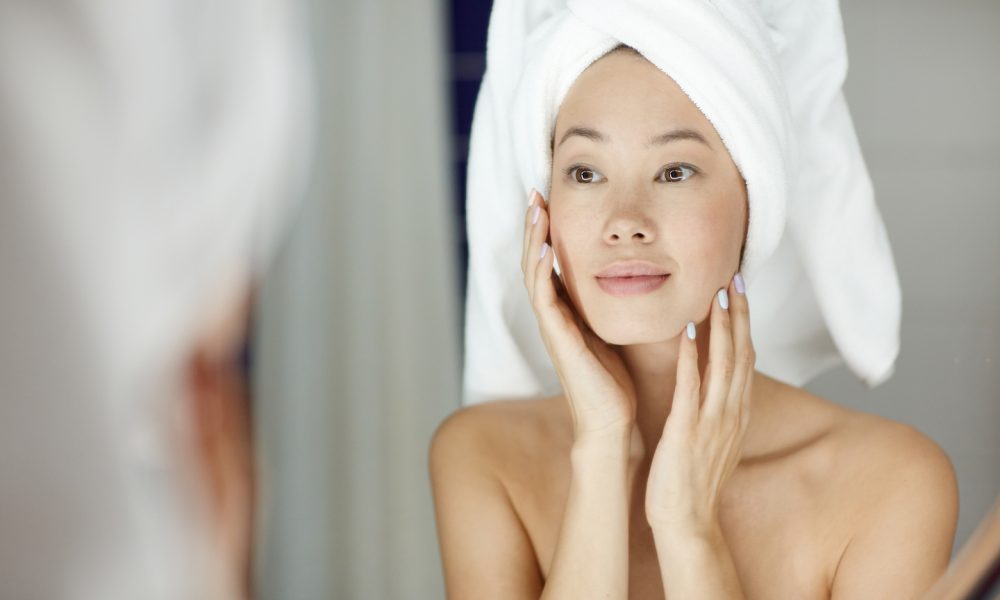 Your Skin – Your Largest Organ

As the outermost covering of your body, your skin is a vital protector from the external environment. It essentially consists of two layers. The outermost layer is called the epidermis. The deeper layers — called the dermis — contain living cells, while the cells of the outer layers contain a fibrous protein called keratin. Keratin provides protection and limits the movement of many substances, particularly water, through your skin. Melanin pigments in the epidermis protect you against ultraviolet light, like UV radiation from the sun. The epidermis is firmly attached to a thick layer of fibrous connective tissue, which is responsible for your skin’s strength and elasticity. The epidermis and dermis basically encompass what we know as the skin. Beneath these two layers is a loose connective tissue called the hypodermis, and it contains an abundance of fat cells—important thermal insulators controlling your body’s temperature. Your skin also contains blood vessels, sweat glands, and nerves.

The Importance of Nutrition

Nutrition is a key factor in the performance of your skin, as it gives your skin the ability to protect itself and the inner workings of your body. Minerals, particularly trace minerals, are very involved in the various protective properties of your skin. Trace minerals have been shown to be essential in fighting the damages of excessive sun exposure, wrinkles, and maintaining the moisture in your skin.

There are many studies about the impact of trace minerals on the condition of the skin. Manganese, zinc, copper, boron, and selenium have been shown to have an impact on the skin. Other nutrients such as glucosamine and creatine appear to be important as well.

Micronutrients are what are commonly referred to as “vitamins and minerals.” Micronutrients are nutrients required by humans throughout life in small quantities to orchestrate a range of functions in the body, and they cannot be produced by the human body, but must be consumed.

In the following summaries of published research studies, you will find valuable information on the role micronutrients play in helping your skin stay healthy and age gracefully.

Zinc as an Important Antioxidant for Your Skin1

Antioxidants play a critical role in keeping your skin healthy. Antioxidants protect your cells against damage; antioxidants are nutrients that work in the body to help keep cells healthy by preventing oxidative cell damage.  The antioxidant benefits of vitamin C and E are well known, but the importance of the trace mineral zinc is often overlooked. This particular study (see References at end of section) reviewed evidence that supports zinc’s protective action against free radical-induced oxidative damage, which occurs when your body’s ability to detoxify and repair its systems is overwhelmed and results in damage. Zinc:

In the skin, zinc is 5 to 7 times more concentrated in the epidermis (the outermost layers) than the deeper levels of the dermis. There is abundant evidence showing the antioxidant role of the zinc. Topical zinc, as an ingredient in sun screen products, has been shown to provide antioxidant protection for the skin. Zinc also influences the production of metallothionein—small proteins that play a critical role in cellular detoxification.

The Influence of L-arginine on the Regulation of Epidermal Arginase2

L-arginine is an amino acid commonly sold in supplement form and obtained naturally in the human diet. Foods rich in L-arginine include plant and animal proteins such as dairy products, meat, poultry, fish, and nuts. Necessary for the production of protein, L-arginine also helps rid the body of ammonia (a waste product) and stimulates the release of insulin. Arginase is an enzyme needed to convert ammonia to urea, which can then be removed in the body’s urine.

In this study (see References at end of section) when skin cells were incubated in cultures with differing concentrations of L-arginine and manganese, it resulted in an increase in the skin cell urea (natural moisturizer) production. This research also demonstrated that the L-arginine and manganese concentrations did not inhibit skin cell functions. The researchers also found that applying L-arginine topically, alone, or in combination with manganese increased the skin cell production of urea, and therefore can be used as an effective therapy for dry skin and may be tolerated better by the skin over traditional urea therapies.

The Effect of an Oral Supplement Containing Glucosamine, Amino Acids, Minerals, and Antioxidants on Aging Skin3

Changes in collagen and elasticity are evident in aging skin with the appearance of fine lines and wrinkles. In this study (see References at end of section) an oral supplement containing glucosamine, amino acids, minerals, and other antioxidants was administered in a randomized, controlled study on 53 female volunteers. After 5 weeks, the hydration level of the skin was tested, and a textural analysis of fine lines and wrinkles of the women’s skin was performed. The researchers found a 34% reduction in the number of visible wrinkles and a 34% reduction in fine lines in the skin of women who took the supplement. There were no visible changes to the skin of the women who were given a placebo. There were no significant changes in the skin hydration in either group of women. The researchers concluded that the use of this oral supplement containing glucosamine, minerals, and antioxidants improved the appearance of visible wrinkles and fine lines in aging skin.

Protective Effects of Creatine against Oxidative and UV Damage: a Look at the Creatine Kinase System in Human Skin4

Mitochondria are powerhouses of the human cell that convert stored sugars and fats into energy. A detrimental change in the mitochondrial function caused by a decline in the energy supplied to your cells is a major cause of skin aging. UV damage from the sun and other factors lead to oxidative damage to skin cells over time, causing a decline in the mitochondrial function, leading to skin aging.  Oxidative damage occurs when oxygen interacts with cells of any type—the cells lining your lungs or in a cut on your skin.

Another route the skin uses to compensate for damage is the creatine kinase (CK) system. The CK system is responsible for cellular energy storage as well as transport between sites of energy production and consumption. Specifically, the CK system is designed to deliver energy to those tissues that have sudden and/or high energy demands such as skeletal muscles, the heart, the brain, and various skin tissues. The latest studies show that creatine is found in, and is very important to, the skin. This study (see References at end of section) examined the skin’s CK system and the cellular stressors involved with aging skin. It was observed that a stress-induced state correlated with a decline in mitochondrial and CK functions. This study also looked at supplementation of creatine to human skin cells as a way to reinforce the energy supply needed to prevent skin damage. The researchers observed that creatine was taken up by the skin and increased CK activity and mitochondrial function and protected the skin against free radical stress or oxidation. The results clearly indicated that the administration of creatine energetically recharged human skin cells to protect against a variety of cellular stress conditions, such as oxidative and UV damage. The results could have further implications in creatine’s role in preventing premature aging and skin damage.

Albion® Human Nutrition has developed an advanced array of mineral supplements to support optimal skincare. As shown, glucosamine and creatine, along with the elements boron, manganese, zinc, and copper have effective skin applications. Albion’s amino acid chelates provide complete organic mineral nutrition, giving you the greatest chance to absorb the minerals for their best biological advantage.

Backed by sound science and over 100 patents from manufacturing processes to food applications, Albion is your trusted source for safe, proven, effective, organic mineral nutrition.