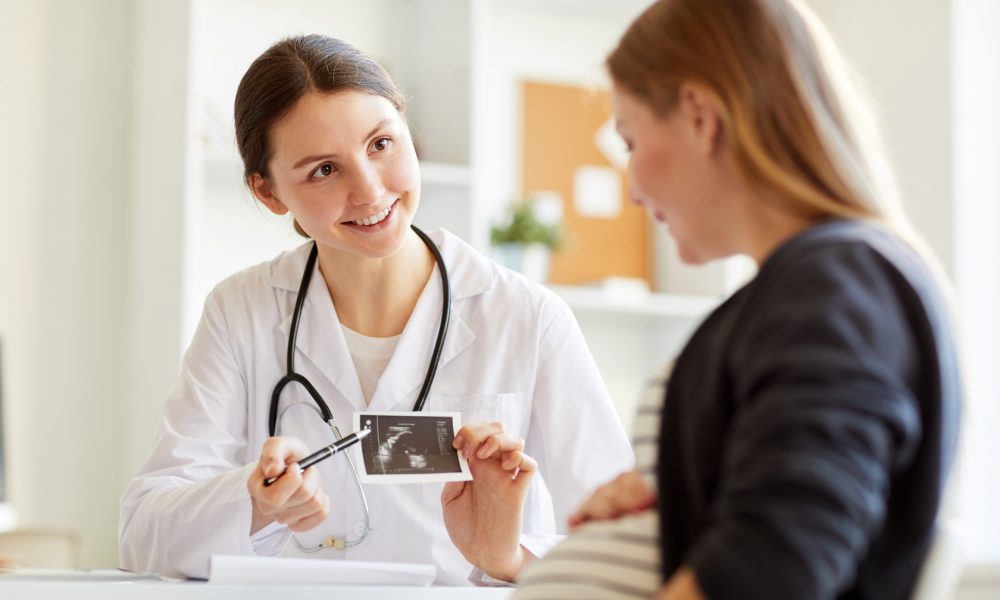 Scientific evidence continues to build supporting the importance of choline for prenatal nutrition.

Research suggests that higher choline intake early in pregnancy is associated with a reduction in risk of neural tube defects.1

Choline plays a significant role in fetal development, and particularly brain development. Choline is transferred across the placenta from the mother to the fetus. The typical concentration of choline in amniotic fluid may be 15 times that of maternal blood, and the placenta itself may have up to 50 times more choline than in maternal plasma, with large quantities stored in reserve as acetylcholine.2

Nerves use choline to make acetylcholine. Acetylcholine is one of the body’s most important neurotransmitter chemicals, essential for sending signals from one cell to another. Choline is needed before birth to aid in the production of the phospholipids needed to build cholinergic neurons – the nerve cells that primarily use acetylcholine to send messages.

It has been observed that prenatal choline is essential to the neurophysiological development of the hippocampus, the so-called “memory center” of the brain3,4. Choline is needed after birth, as well, as part of the synaptic connections that continue to be formed in the hippocampus and basal forebrain after birth3,4.

In a recent clinical study at Cornell University, increased choline intake during pregnancy was correlated with improved processing speed in infants.5

Studies continue to support the fact that prenatal choline availability in pregnancy can support improved cognitive performance in babies.

In a review of 34 animal studies, McCann, et al.6, concluded that the evidence suggested that choline supplementation during pregnancy had the following benefits on offspring:

In one aspect the studies showed that the spatial memory task improvement seen with prenatal supplementation was due to brain changes in the prenatal development since the rat pups were removed from their birth mothers at birth and raised by non-supplemented dams.

They also showed that this initial memory advantage persisted into adulthood. For example, in maze searching tests, adult rats who received prenatal choline performed better than rats who did not.  Additional supplementation as an adult did not have an effect on the performance. Meck and Williams concluded that the supplementation of choline during pregnancy may result in “metabolic imprinting,” which is a relatively permanent modification of nerve cell signaling7.

Choline: A Smart Start in Life

Choline continues to benefit babies well after delivery, especially since the brain is still undergoing rapid development following birth. By helping to construct millions of additional neural connections in the memory center of the brain, choline may improve lifelong memory. Immediately after a baby is born, choline levels are many times higher than the levels found in a typical adult. For moms who are breastfeeding, it is critical to maintain high choline levels as breast milk is a vital source of choline for infants. The importance of choline is recognized by a number of worldwide health and regulatory bodies.

Caudill, et al.8, from Cornell University, conducted a double-blind controlled feeding trial in which mothers entering the third trimester of pregnancy consumed either 480 or 930 mg of choline, as choline chloride, daily for the remainder of the pregnancy.  After delivery, the infants were evaluated at ages 4, 7, 10, and 13 months of age for information processing speed and visuospatial memory using flashing images and measuring rapid eye movements (saccades) to detect and/or predict locations to the images.  They found that the mean reaction times from both groups significantly reduced with age.  Most interestingly they found that there was a significant difference at the initial testing age of 4 months between treatment groups that persisted throughout the testing period.  Those infants born from mothers who consumed 930 mg of choline had significantly faster (p<0.05) reaction times to the flashed images than those who consumed 480 mg of choline.  The authors concluded that increasing maternal consumption of choline may be a nutritional strategy for lifelong cognitive benefit.

As with other well-known prenatal nutrients such as folic acid and iron, choline can have significant lifelong impacts on the health of the mother and the gestating child.  Balchem is a leading manufacturer of choline salts for nutritional purposes and offers the branded Vitacholine® as a dietary ingredient, and bioavailable iron as Ferrochel®.