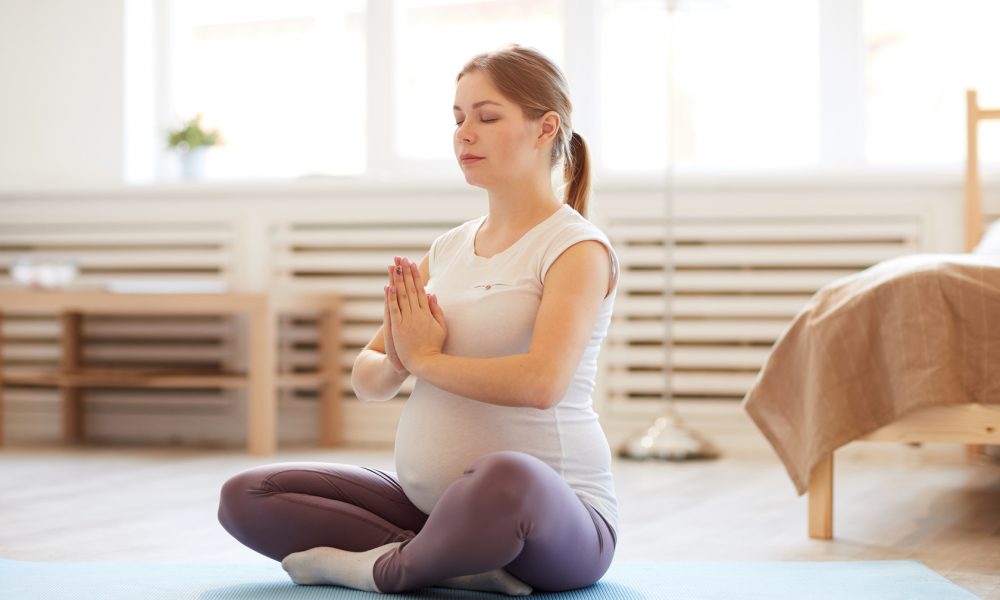 Pregnancy places increased nutritional needs on the body of the expectant mother, and her diet has a direct impact on the growth and development of the evolving fetus.

Healthy fetal development requires adequate protein because protein provides the basic building blocks needed for formation of muscle, enzymes, antibodies, and collagen. Collagen is needed for the development of skin, bones, blood vessels, ligaments, and other important tissues. During pregnancy, women must consume enough protein not only for the growing fetus but also for their own nutritional needs. The DRI for protein intake during pregnancy was set by the Institute of Medicine in 2002 at 1.1g/kg/day (The DRI for non-pregnant women was set at 0.8g/kg/day).

Carbohydrates are needed as a source of glucose, a source of energy for the growing fetus and mother.

Vitamin A is involved in fetal growth, vision, protein synthesis, and cell differentiation. Vitamin D is needed for building and maintaining strong bones and teeth.

Of the B-vitamins, folic acid and vitamin B-12 are of a bit more critical concern, due to their special roles in fetal development and potential for deficiency in the mother. The B-vitamins are primarily needed as cofactors in energy metabolism.

Inadequate magnesium intake has been demonstrated to be a common finding in American women. This poor intake of magnesium has been associated with an increased risk of miscarriage, fetal growth retardation, maternal hospitalizations, and preterm delivery [Durlach, J, J Am Coll Nutr. 2004 Dec;23(6):694S-700S]. Magnesium has an influence on so many systems that to cover all of the problems associated with inadequate magnesium intake during pregnancy could take a complete issue of this newsletter. Other problems from lack of magnesium include leg cramps, gestational diabetes, and more. The RDA for magnesium during pregnancy is at least 25% higher than the regular RDA.

Calcium is of course needed for proper bone formation, as well as protecting the mother from too much bone loss during pregnancy.

Zinc plays a role in the development of the immune system, and the RDA for zinc is increased from 8 mg to 11 mg/day for pregnant women.

Lipids are essential to the formation of cell membranes and hormones, and are required for proper eye and brain development. Essential fatty acids, such as the omega-6 and omega-3 are needed for brain and eye formation. They are precursors to the hormone-like substances called prostaglandins, which play important roles in regulating the immune system, and in particular to the inflammatory response to injury and infection.

This essential nutrient plays a role in brain health but is particularly important during pregnancy as research suggests that higher choline intake early in pregnancy is associated with a reduction in risk of neural tube defects. In fact, the American Medical Association recently called for increased choline levels in prenatal vitamins and early this year the American Academy of Pediatrics highlighted choline as one of several key ‘brain-building’ nutrients.

The trace mineral iron is one of the most critical nutritional needs during pregnancy, for both the fetus and the expectant mother.

The Need for Choline Supplementation

There is a need to increase nutrient intake to support fetal development as well as the changes in the mother’s body in preparation for childbirth and lactation. Choline is particularly important in prenatal nutrition.

The DRI for choline during pregnancy has been raised to 450 mg/day, and 550 mg/ day during lactation. It has been seen that 92% of pregnant women do not get the required amounts of choline. Evidence exists that the DRI for choline is probably not high enough. In fact, it has been observed that choline intake in the United States has been declining in the past few decades due to reduced consumption of eggs (egg yolks are a high source of choline) and dairy products.

Choline is needed, amongst other things, to make the neurotransmitter acetylcholine. Methyl donors, like choline, can affect brain development through its involvement in the methylation process. Methyl donors are in the pathway that produces s-adenosylmethionine. Choline’s involvement in the production of s-adenosylmethionine is of critical importance to fetal development. Why? Because s-adenosylmethione (SAMe) is a compound found in almost every tissue and fluid in the body. It plays roles in the developing immune system, maintains cell membranes, and helps produce and break down brain chemicals (serotonin, melatonin, and dopamine).

Choline is a component of phospholipids and is needed for synthesis of lecithin, a structural component of cell membranes, and is an essential component of the human brain and nervous system. During fetal development, choline supports the structure and function of the brain and spinal cord. Choline is needed for the formation of the neural transmitter acetylcholine, required for nervous transmission. The rate of synthesis and release of acetylcholine varies with the availability of free choline. Choline has been seen to improve cognition through better DHA uptake. Animal studies have shown that choline increases the formation of neurons of the hippocampus, thus improving memory. Proper intake of choline by the mother during pregnancy leads to less neural tube defect, as well as less pre-eclampsia.

Given the importance of choline in prenatal supplements, it makes sense to use the finest source of choline, VitaCholine®.

The Importance of Iron

During the prenatal period, both mother and fetus must be supplied with all the necessary nutrients in proper quantities. Iron is particularly important for this development.

The trace mineral iron is one of the most critical nutritional needs during pregnancy, for both the fetus and the expectant mother. Iron is transported from the mother to the fetus via the placenta. At birth, a healthy infant’s system contains about 270 mg of iron. However, the total iron needed during pregnancy is much higher. According to L. Gambling, et al (AJCN published ahead of print, May 4, 2011) the net requirement for iron in pregnancy is about 600 mg. During the first trimester of pregnancy, there is only a minor increase in iron need, which can be met by the cessation of menses. However, as the mother’s blood volume expands and the fetus grows, the need for iron increases substantially. Due to the importance of iron for both the mother and the fetus, iron insufficiency during pregnancy can have catastrophic results. Iron is a cofactor for the enzymes involved in oxidation-reduction reactions that occur in all cells during metabolism, and in this way is vital to fetal growth and development. Of course, iron, as a component of hemoglobin allows the red blood cells to distribute oxygen throughout the fetal body. Fetal oxygen is transferred from the mother to the fetus via the placenta.

Iron is needed for the normal neurodevelopment of the fetus and early childhood mental development. Iron deficiency is the most common nutrient deficiency in the world, affecting 2 billion people and as much as 30-50% of pregnant women. Given these numbers, it is startling to think about the potential impact that a single nutrient may have on world-wide intelligence [M.K.Georgieff, Bio Soc Tran.2008:36(6)1267-71]. Fetal and early postnatal life is a period of rapid brain growth and development. Iron is a necessary nutrient for rapidly proliferating and differentiating tissue. So, the rapidly growing fetal brain exhibits a high need for iron. Iron is important to the development of the hippocampus of the brain, which plays roles in memory (particularly long term memory), spatial navigation, and emotions. Studies have shown that inadequate iron during the prenatal period can have negative life- long neurologic effects that can never be reversed. The importance of iron for the developing fetal brain is why there is such emphasis on adequate iron intake by the World Health Organization (WHO), as well as the Institute of Medicine. The DRI for iron during pregnancy has been raised to 27 mg/day.

Given the importance of iron in prenatal nutrition, it would be a good idea to formulate a prenatal supplement with a superior form of iron, like Albion Minerals’ Ferrochel® (ferrous bisglycinate ).