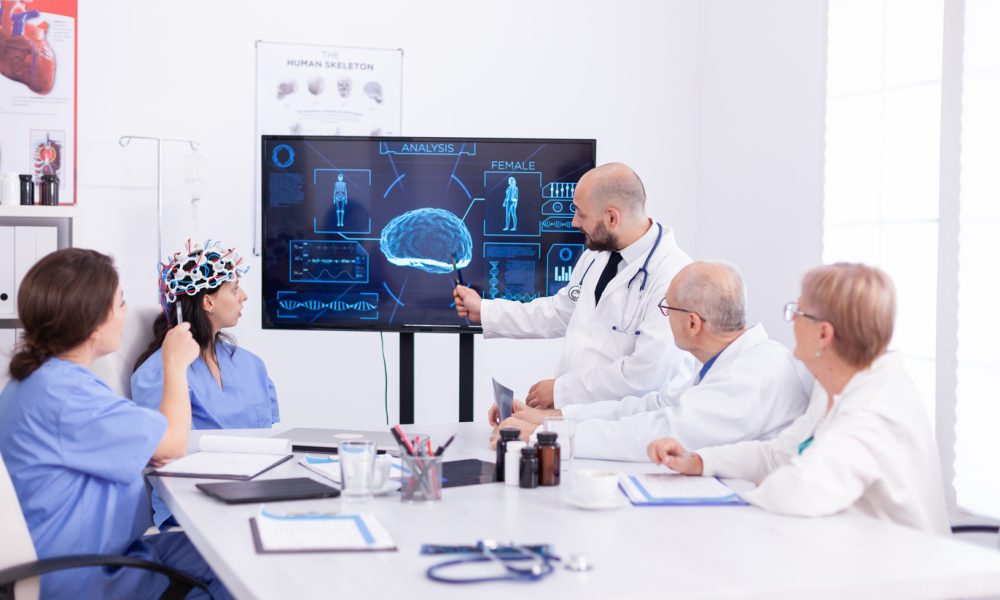 What Does the Research Say?

As the lifespan of human populations lengthens in developed nations, science has started to look harder at the processes of cognitive function. What do scientists mean by cognitive function? According to Mosby’s Medical dictionary, 8th Edition, 2009, Elsevier:  ‘Cognitive function is an intellectual process by which one becomes aware of, perceives, or comprehends ideas. It involves all aspects of perception, thinking, reasoning, and remembering.’ Changes in cognitive function are commonly seen during the aging process. Some conditions or acute traumas, such as strokes, concussions, and other central nervous system conditions, are also known to impact changes in brain function over time. Certain medications can cause positive or negative changes in brain function; it is a most complex area of science, and the curiosity concerning how to maintain or improve our cognitive abilities is at an all-time high.

In the past, calcium dysregulation has been the subject of many studies  concerned with brain aging and the decline in cognitive function, and magnesium’s role had received less attention in this regard. In 2004, Fromm L, et al (J Am Coll Nutr 23(5):529S-533S) looked into magnesium and post-traumatic brain injury. It had been seen that magnesium in the human body declines after a traumatic brain injury. In this animal study, researchers tested the use of magnesium in animals suffering from the post-traumatic depression/anxiety commonly associated with traumatic brain injury. Spontaneous activity testing was used to determine changes related to the injury. One group was treated with a single injection of magnesium, while the other was not. The untreated animals had an incidence of post traumatic depression/anxiety of 61%, while the magnesium-treated group had an incidence of less than 30%. From this, the researchers concluded that magnesium can be beneficial as a CNS neuroprotective agent after a traumatic brain injury.

A paper by M.R. Hoane, (Magnes Res. 2007; 20(4):229-236) looked further into the use of magnesium in the therapy against cognitive performance loss following traumatic brain injury.

The paper presents cases where Mg+2 was used to facilitate cognitive function recovery in several models of cortical injury. Studies were done to observe improvement in brain function following contusions and ablations in different parts of the brain that were then treated with daily injections of magnesium. In all cases, the post-injury use of magnesium effectively improved the recovery of cognitive deficits. These results suggested that the use of post-injury magnesium treatment improved the recovery of cognitive deficits.

Subclinical magnesium ion alterations have been implicated in mild to moderate Alzheimer ’s disease [Barabagallo, M., et al; Magnes Res. 2011; 24(3):S115-21]. Other evidence [as reviewed by Billard, JM: Magnes Res. 2006; 19(3) 199-215] points to lower magnesium levels having a negative impact on many functional properties of the hippocampal neuronal networks. The hippocampus, among other things, is majorly involved in memory forming, organizing, and information storing.

In addition, Inna Slutsky, et al., conducted a study, reported in Neuron 65,165-177, January, 2010, that showed magnesium deficits can lead to decreased learning and memory ability, while an abundance of magnesium leads to the enhancement of learning abilities, working memory, and short- and long-term memory. Magnesium helps NMDA receptors to open up for meaningful input, shuts down background noise, and improves cognitive function (see Figure 2).

The NMDA receptor is the predominant molecular device for controlling  synaptic plasticity and memory function. A loss in plasticity of these synapses in the hippocampus is a cause for memory loss.

The use of creatine for issues related to brain function or cognitive function is still a relatively new area. An earlier study, concerning the potential for creatine as a neuroprotective agent, was reported by Sakellaris g., et al [J Trauma. 2006;(2):322-9].

This was a pilot study conducted on 39 children and adolescents, aged 1 to 18 years old, with traumatic brain injury. Creatine was administered orally at a dose of 0.4 grams/kg per day for 6 months. This led to improvement in several parameters, including: duration of post-traumatic amnesia, duration of intubation, intensive care stay, disability, good recovery, self-care, communication, locomotion, sociability, personality/behavior, and neurophysical and cognitive function. This all suggested that creatine administration may be beneficial to patients with traumatic brain injury. No side effects were observed.

Scientists Rawson ES and Venezia AC , in 2011( ISSN 1438-2199) reported that creatine is an inexpensive and safe dietary ingredient that has both peripheral and central effects. Stating further that “the benefits afforded older adults through creatine ingestion are substantial, can improve quality of life, and ultimately may reduce the disease burden associated with sarcopenia and cognitive dysfunction.” Allen, PJ (ISSN : 1873-7528) reviewed the essential role of creatine in brain function and development. Stating that although the role of creatine in cognitive function and emotional processing is still very new, further research could advance our understanding of the biological bases of psychopathology and improve current therapeutic strategies.

A Case for Creatine MagnaPower®

Previously, Albion® has had clinical studies performed by independent university researchers [Albion Research Notes, Vol 18, No 3 (Sept 2009)] that have shown the bioavailability and effectiveness of Creatine MagnaPower®. This unique Albion ingredient provides both magnesium and creatine in a single compound that has been shown to have beneficial effects in the field of sports performance. In the studies, it was observed that Creatine MagnaPower gave rise to a greater increase in skeletal muscle intracellular water than those using creatine monohydrate. An increase in this intracellular water is believed to indicate a greater increase in protein synthesis in skeletal muscle.

Albion combined creatine and magnesium into a single compound because of the involvement of each of these nutrients in forming the energy rich ATP needed for skeletal muscle contraction. This combination into a single ingredient has proven to be effective.