Choline and methionine are commercially available in forms that protect them from ruminal degradation. Based on knowledge from the non-ruminant literature, methionine, like choline, is lipotropic. That means they both facilitate transport of fat out of the liver. This information has led some nutrition advisors to suggest that rumen-protected choline (RPC) does not have to be fed to transition cows if rumen-protected methionine (RPM) is fed.

It is well established in non-ruminant animals that choline and methionine are metabolically related. Choline contains three methyl (-CH3) groups and methionine contains one methyl group. Being “methyl donors” they both are involved in similar biochemical reactions. As discussed in a previous mythbuster article, choline is a constituent of phosphatidylcholine (PC) which is present in every cell membrane in the body and is a component of milk fat globule membranes. PC is also a component of lipoproteins that are responsible for transporting fat throughout the body. As a constituent of very low-density lipoproteins (VLDL), PC is required for fat export out of the liver. Fatty liver is the classic deficiency symptom for choline deficiency, and the development of fatty liver in 50% of transition cows has been attributed to a deficiency in absorption of dietary choline during the transition period (Grummer, 2012). Choline in PC can come from the diet, or if there is not sufficient dietary choline, cows can synthesize PC endogenously (Figure 1). In dairy cows, there is sufficient endogenous synthesis except during the transition period when fatty acid mobilization from adipose tissue is great, fatty acid uptake by the liver increases dramatically, and fat accumulates in the liver. Endogenous synthesis of PC occurs by methylation of phosphatidylethanolamine (Figure 1). The methyl groups for this can be derived from methionine. Hence, the close metabolic relationship of the two compounds and the observation in non-ruminants that methionine can spare choline and choline can spare methionine.

BUSTING THE MYTH: FEEDING RPM DOES NOT ALLEVIATE THE NEED TO FEED RPC TO TRANSITION COWS

There are several lines of evidence that does not support feeding RPM in lieu of RPC. First, even in non-ruminants, choline and methionine can’t completely spare each other. They both have unique biological roles that cannot be satisfied by the other. Secondly, there have been six trials that have examined the ability of RPM or methionine analogs to reduce liver fat during the transition period (five studies; Osorio et al., 2013; Piepenbrink et al., 2004; Preynat et al., 2010; Socha, 1994; Zhou et al., 2016) or during energy restriction induced fat mobilization (one study; Bertics et al., 1999). None observed an effect of methionine to reduce liver fat. Third, the University of Florida summarized (Staples, unpublished) six studies in which RPC was supplemented to diets that were balanced for metabolizable methionine. All six studies reported milk production responses (Figure 2) that were consistent with a meta-analysis of 13 transition cow studies (Grummer, 2012) and the average response was 5.2 lbs of milk per day. Clearly, a milk production response occurs even if methionine is supplemented. Finally, using a liver cell culture system, research from the University of Wisconsin (Chandler et al., 2017) demonstrated choline, but not methionine, was able to stimulate VLDL export.

There is absolutely no evidence to suggest that feeding RPM to transition cows eliminates the need to feed RPC. The recommendation by some nutritional advisors to do so is based on non-ruminant research indicating a lipotropic effect of methionine that has not been demonstrated in ruminants. The reason methionine has not been able to replicate the effects of choline in transition cows is not known. It may be that there are differences between ruminants and non-ruminants in methyl metabolism. Alternatively, it may take higher doses of methionine to obtain a choline sparing effect. However, one should not attempt to simply feed more RPM to achieve this effect as feeding excess methionine can depress feed intake and possibly become toxic to the cow (Richard Erdman, personal communication/unpublished).

Effects of feeding rumenprotected choline on incidence of diseases and reproduction in dairy cows. Vet. J. 193:140-145.

Effects of supplementary folic acid and vitamin B12 on hepatic metabolism of dairy cows according to methionine supply. J. Dairy Sci. 93:2130-2142.

Effects of supplementation with ruminally protected choline on performance of multiparous Holstein cows did not depend upon prepartum caloric intake. J. Dairy Sci. 101:1088-1327. 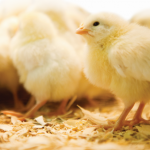