Iron and Women of Childbearing Age

You went to your physician for your annual physical, and when you get the results of your bloodwork back perhaps you see a note saying you’re iron deficient. Wait a minute, you think to yourself, I eat pretty well and exercise – how is this possible? The reality is that if you’re an adult woman in the United States, the chances of not meeting your needs for iron, or worse – being iron deficient – are actually fairly high. Nearly 1 in 10 adult women (age 20-49y) in the United States are estimated to have an iron deficiency according to the CDC. So let’s explore – what does iron do for me? Why is iron so important for women in particular? And how can women meet their iron needs?

Iron is an essential mineral and its primary role is to serve as a major component of hemoglobin and myoglobin, proteins found in red blood cells and muscle tissue that help transport and deliver oxygen.  Iron also plays important roles in growth & development during childhood and adolescence, supporting exercise performance and muscle metabolism, and maintaining healthy immune function.

Women face two main challenges when it comes to iron nutrition, with the first being that they generally consume less iron than men. On average, adult women (age 19y+) consume ~25% less iron per day than men from foods and beverages. That may not sound like a drastic difference until you consider the 2nd challenge women face with respect to iron nutrition: at 18 mg/day, the Recommended Dietary Allowance for adult women (age 19-50y) is actually 125% higher than for adult men. When you consider both the relatively lower intake and the relatively higher requirement compared to men, it’s easy to see why nearly 20% of adult women (age 19-50y) do not get enough iron from foods and beverages alone.

These challenges do have real consequences. The CDC estimates that there are over 6 million adult women with iron deficiency – which is higher than the entire populations of Wyoming, Vermont, Alaska, North Dakota, South Dakota, Delaware, and Montana…combined. So if you’re a woman with iron deficiency, you’re not alone.

Iron deficiency can lead to anemia, a condition in which there is an inadequate amount of healthy red blood cells available to deliver oxygen to the body’s tissues. People with iron deficiency anemia often experience fatigue, weakness, and lightheadedness, among other signs and symptoms. Sadly, the CDC estimates that nearly 890,000 ER visits in the US occur annually with anemia as the primary diagnosis, and an estimated 1.7 people per 100,000 die each year from iron deficiency or anemia in the United States.

So what can you do if you have an iron deficiency? Fortunately, the answer is simple: get more iron in your diet. Good sources of iron include fortified breakfast cereals, red meat, and chocolate. It’s also a good idea to consider adding an iron supplement. Once you start to look into the different forms of iron available, you’ll quickly learn that not all are created equal.

For one thing, you have to recognize that iron isn’t consumed in a vacuum, and our meals contain many nutrients, some of which may interfere with iron absorption. Anti-Nutrients, as they’re known, include compounds like phytic acids and oxylates, and are commonly found in plant-based foods such as nuts, grains, and seeds. Phytates in particular can have a significant impact on iron absorption – just 10 mg of phytate can decrease iron absorption by 60% in human trials. Phytates can have a negative impact on commonly used supplemental sources of iron as well, such as Ferrous Sulfate.

Brands have an opportunity to help women meet their nutritional needs by creating new food, beverage, and dietary supplement products featuring Iron. As a leader in Mineral Nutrition, Balchem is proud to offer a line of Iron chelates, which have been clinically demonstrated to show better bioavailability than traditional iron salt forms and have been shown to possess high tolerability. Check out our latest product concept, MamaRama, a postnatal replenishment shake featuring Ferrochel® . Contact us and let us help bring some innovative solutions to the market that help improve the health of millions of American women. 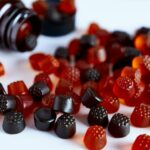 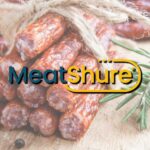