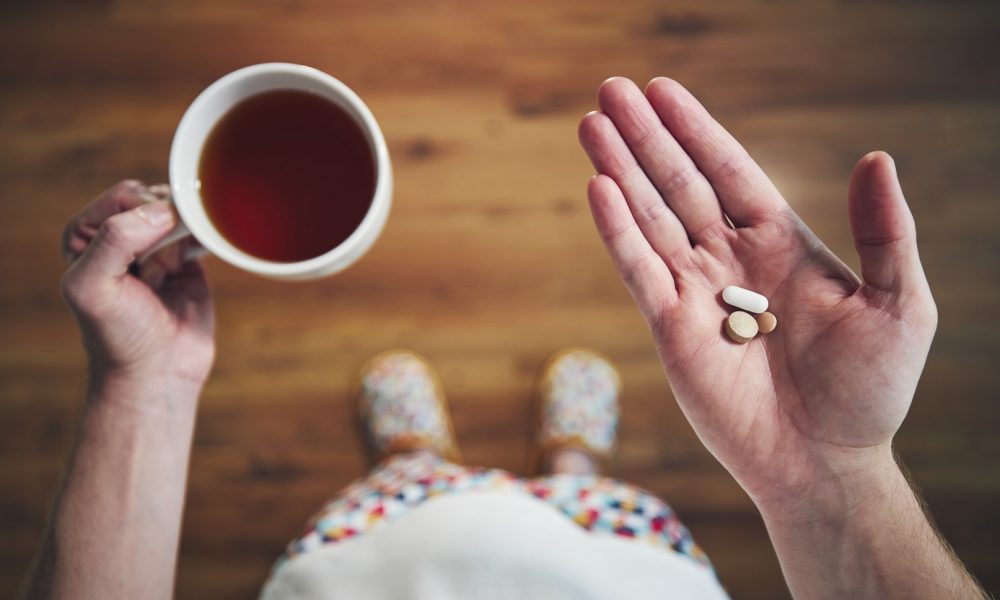 Free radicals. They’re unstable and highly reactive.  And capable of causing cellular damage when enough of them get together.  In fact, these electron-deficient atoms or molecules can be downright dangerous to your health. The antioxidant’s arch enemy, free radicals contribute to the disease and aging process and have been implicated as a pathological factor in the following health problems: arthritis, atherosclerosis, ischemic heart disease, cancers, cataracts, emphysema and retinopathy.

The main target of free radicals is the polyunsaturated fats (PUFA) that make up the major part of the cell membranes. Free radical attacks cause the PUFA to undergo a process called peroxidation (becoming rancid in nature). This rancidity causes further free radical propagation which leads to cellular damage, enzyme deactivation, and a foothold for the health problems listed above.

Fortunately, there’s help. It comes in the form of antioxidant micronutrients like vitamin E, vitamin C, and beta-carotene. Serving as potential weapons against the dangers of free radicals, a great deal of evidence points to these antioxidants’ effectiveness in fighting atherosclerosis, cataracts, and enhancing the immune system. Antioxidants act like scavengers, going around and neutralizing free radicals to help prevent cell and tissue damage that can lead to disease.

Certain trace minerals, such as selenium, iron, copper, zinc, and manganese also play critical roles in the maintenance of the body’s antioxidant defense system. And a major performer in this system that tag teams with the trace minerals is an antioxidant enzyme known as superoxide dismutase (SOD). This enzyme snuffs out the superoxide radical – the most common free radical in the body. The superoxide radical is an unstable, reactive, and therefore chemically dangerous free radical, and if not chemically quenched via the SOD defense pathway, it can initiate lipid peroxidation (degradation) or the creation of unstable molecules. This can produce undesirable water-soluble fluorescent compounds in the liver, lungs, spleen, kidneys, heart, and brain.

How do certain nutrients aid the SOD defense systems? Scientific studies have shown that the proper intake of copper, zinc, and manganese are required for optimal activity of the several types of superoxide dismutase. Currently, three SOD enzymes have been identified:

Many supplements reportedly offer superoxide dismutase as an ingredient. Unfortunately, the molecular size of enzymes is quite large, and because of this, they’re often rendered useless. For example, the copper-zinc SOD has a size in excess of 30,000 Daltons, while the manganese SOD is more than 60,000 Daltons. Both structures have sizes that far exceed what the body can absorb intact without digestion, which in this case, results in the destruction of the SOD enzyme. Research has shown that molecules of size 1,500 Daltons are the maximum size for intact absorption. This is why SOD supplements are of little or no value. Instead, we must supplement particular components of SOD. When the proper trace minerals are part of the enzyme, SOD is able to convert toxic superoxide radicals to hydrogen peroxide, which is then converted to water, etc., no longer posing a threat to the body.

Oxidative changes in low density lipoprotein cholesterol (LDL-C) have been linked with atherosclerosis. But trace minerals, such as copper and zinc, are reported to prevent this phenomenon via their direct effect on LDL-C, or more likely, as part of the SOD enzyme shown to block free radical formation.
In one study, researchers examined the copper and zinc status of 50 patients admitted to Duke Medical Center for cardiac catheterization. Twelve of the patients had minor coronary artery disease (CAD) (blockage ≤ 50%) while the other 38 had significant CAD. The patients with significant CAD were found to have low dietary intakes of copper and zinc. Copper consumptions were inversely related to the total and LDLC values. The researchers felt this study suggested that adequate copper status may have a positive influence on lipid levels, in addition to the roles that the two trace minerals play in preventing the development of unstable atoms or molecules.

Manganese helps us to metabolize carbohydrates, keeps our bones strong and healthy, and assists in reproductive function. It also works synergistically with the SOD enzyme to protect the body’s cells from free radical damage. If your manganese levels are low, the amount of superoxide dismutase available to promote immune function will also be lacking. But manganese supplementation can help boost levels of this all-too-important enzyme.

Changes in manganese superoxide dismutase (MnSOD) activity and iron status were studied in 47 women during a 124-day supplementation period. The women received one of four treatments: placebo, 60 mg of iron, 15 mg of manganese, or both mineral supplements. Due to Albion’s reports of higher bioavailability, the researchers chose Albion’s manganese amino acid chelate for the study.

In a study conducted at Oklahoma State University, investigators gave cattle a supplement containing copper, manganese, and zinc as either amino acid chelates or as inorganic metal salts. They found that when the animals received the Albion chelates, the erythrocyte Cu/Zn SOD activity was significantly increased. Over a 60-day period, the SOD activity in the group receiving the chelates increased 11.7%, whereas the SOD activity in the group ingesting the inorganic metal salts (CuSO4 and ZnSO4) decreased 3.8%.

The body’s antioxidant defense system relies on optimal nutritional support from specific nutrients like Vitamin C, beta carotene, and Vitamin E. Each of these antioxidants plays a different role in the fight against free radical pathology. This is why taking just one antioxidant doesn’t do the trick. In addition, the antioxidants from different sources or chemical types have shown varied abilities against free radicals. Some antioxidants have even demonstrated sparing or regenerating effects on other antioxidants (i.e. Vitamin C and Vitamin E).
The enzymes that make up the body’s SOD system are no different. Various forms work in unique areas: blood cells, liver, heart, and so on. A deficiency of any of the SOD enzymes can have negative ramifications for other antioxidant enzymes, such as atalase or glutathione peroxidase.

Due to the size of the SOD enzymes, oral administration of SOD does not enhance SOD activity. The enzymes are digested and destroyed in the GI tract. All of the enzymes in the antioxidant protective systems require the presence of specific trace minerals for their activities. And the best way to fuel the body’s SOD enzyme supply is to provide an optimal amount of the individual components, such as copper, zinc, and manganese amino acid chelates. Several studies involving these unique Albion chelated trace minerals have shown that the use of these highly absorbable minerals results in greater SOD enzyme activity.

Although copper has been viewed as the key factor in the activation of the copper/zinc SOD levels, zinc plays a stabilizing role. Walters, et al., have stated that alteration in copper and zinc status in diabetics leads to malfunction of the copper/zinc SOD system, resulting in lipid peroxidation and the cardiovascular complications and retinopathy associated with diabetes.

Manganese cannot be neglected any more than zinc for optimum SOD activity. Manganese activates mitochondrial SOD. In a study cited earlier in this article, David and Greger reported that a 15 mg supplement of manganese amino acid chelate increased lymphocyte manganese SOD activity six-fold in women during a 124-day study.

Albion’s patented copper, zinc, and manganese glycinate chelates are the trace minerals of choice, when looking for a way to formulate an overall nutritional antioxidant program. They are scientifically tested and proven to be better absorbed than other mineral sources and are gentle on your system.