Defending Against the Sun 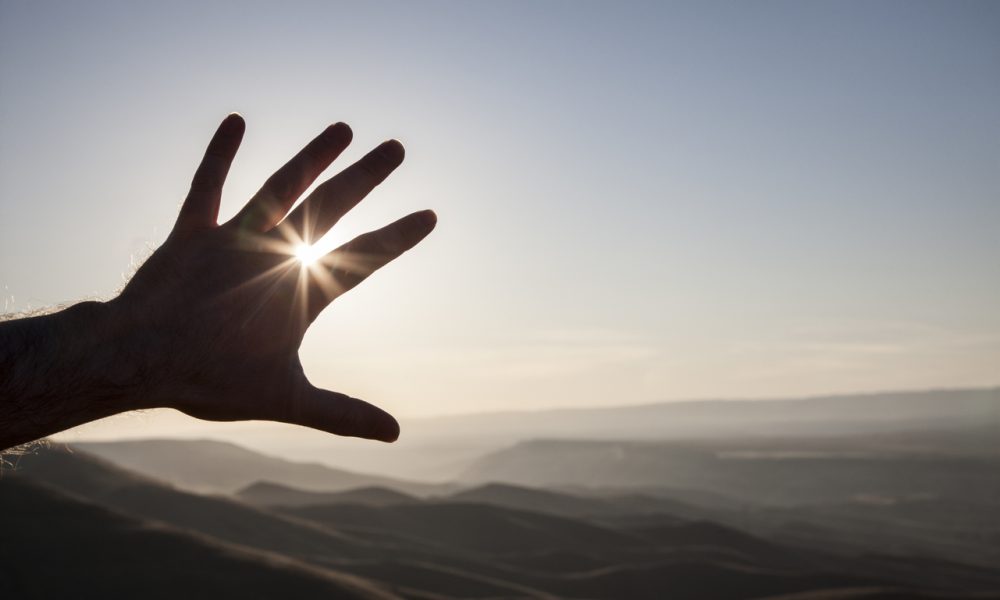 The sun can have an impact on human skin at any time of the year, but most people get their highest exposure in the summer. The skin is constantly exposed to the air, solar radiation, pollutants, and other chemical insults. This daily exposure generates free radicals and other reactive oxygen species (ROS), which are the primary factors in skin damage. Ultra Violet Radiation (UVR) is thought to be responsible for 80% of the factors leading to ROS damage to skin. Table 1 below lists the free radicals, free radical generators, and other ROS that are important to living organisms.

The effects of UVR have been well studied, but the effects of visible light on skin have been much less studied. A study by Liebel F, et al, [Journal of investigative Dermatology (2012) 132, 1901-1907] examined the irradiation of skin via visible light.  The Liebel study was designed to examine the impact of sunlight (visible light, 400-700 nm) on the skin. It is important to note that commercial sunscreens are only able to block UVR at wavelengths up to 380 nm, so the skin is not protected at all by topical sunscreens against visible sunlight.

This study goes on to examine the effect of visible light on human subjects. In addition, the use of UVA/UVB sunscreens were shown to be ineffective in protecting the skin from free radical generation in the human subjects. However, the addition of antioxidant combinations to the topical sunscreens was found to decrease the amount of free radicals generated by visible light.

When the skin’s protective factors are overwhelmed by the different spectral ranges of solar energy, the skin is damaged in a variety of ways. Dryness, premature aging, and certain skin cancers can ensue.

In order for these minerals to have any nutritional benefit, they need to be taken in a form that is of good bioavailability. Albion has had clinical studies done on these important trace minerals that demonstrate their physiological impact.

Although it has been shown that the nutritional intake of these minerals can help boost the levels of their associated antioxidant enzymes, these minerals need to be taken in a form that is of good bioavailability in order to have any nutritional benefit.

Albion has had clinical studies done on these important trace minerals that demonstrate their physiological impact. In this edition of our newsletter, we will briefly summarize several study abstracts showing the effectiveness of Albion forms of manganese, copper, zinc, selenium, and iron.

The effect of dietary factors on manganese-dependent superoxide dismutase (MnSOD) activity in humans has not been studied. We longitudinally evaluated changes in MnSOD activity and other indications of manganese and iron status in 47 women during a 124-day supplementation study. Subjects received one of four treatments: placebo, 60 mg iron, 15 mg manganese, or both mineral supplements daily. Manganese supplementation resulted in significant increases in lymphocyte MnSOD activity and serum manganese  concentrations from baseline values but no changes in urinary manganese excretion or in any indications of iron status. This work demonstrated that lymphocyte MnSOD activity could be used with serum manganese concentrations to monitor manganese exposure in humans.

As the current nutritional zinc intake frequently falls outside the Dietary Reference Intake (DRI) and as zinc is an essential trace mineral involved in the function of many enzymes, zinc supplementation has been recommended to prevent or treat the adverse effects of zinc deficiency. The aim of the present study was to compare the oral bioavailability of zinc bis-glycinate (a new formulation) with zinc gluconate (reference formulation). A randomized, cross-over study was conducted in 12 female volunteers. The two products were  administrated orally at the single dose of 15 mg (7.5 mg x 2), with a 7-day wash-out period between the two tests. Bis-glycinate administration was safe and well tolerated and bis-glycinate significantly increased the oral bioavailability of zinc (+43.4%) compared with the gluconate.

Two concepts are often currently applied to selenium in adult men in the United States:

In contrast to these concepts, 30 healthy middleaged men were studied to test the following hypothesis: 6-week supplementation of 200 μg of selenium as glycinate can raise activities of 2 blood selenium enzymes and lower a marker of prostate cancer risk. The hypothesis was confirmed, in that selenium supplementation raised activities for erythrocyte and plasma glutathione peroxidase as well as lowered values for plasma prostate-specific antigen. Placebo treatment did not duplicate the selenium effects in 30 other men. In  conclusion, this study suggests that US middle-aged men may not typically consume optimal amounts of selenium.

The relative effectiveness of daily supplementation of iron deficiency during pregnancy using 15 mg per day of iron from iron bisglycinate chelate (71 pregnant women), or 40 mg iron from ferrous sulfate (74 pregnant women) was evaluated at the beginning of the study and at 20-30 weeks and 30-40 weeks thereafter. Seventy-three percent of the Ferrochel consuming group and thirty-five percent of the ferrous sulfate consuming group were considered to have taken the treatment adequately. The decrease in levels of all the measured parameters was significantly less pronounced in the group that consumed iron bisglycinate chelate (Ferrochel)in spite of the lower treatment dose. Iron depletion was found in 30.8% of the women treated with Ferrochel and in 54.5% of the women than consumed ferrous sulfate. It is concluded that daily supplementation with Ferrochel was significantly more effective, in spite of the lower dose, than supplementation with ferrous sulfate.

The human body’s enzyme antioxidant systems rely on key trace mineral cofactors for their activity. These systems play critical roles in helping our skin fight against the damaging effects of solar radiation. The bottom line is that to ensure that the human skin has the weapons to help fight against the dangers of solar energy, the body needs all of the trace mineral dependent enzyme antioxidants it can manufacture. To do that, it needs to take in bioavailable forms of manganese, zinc, selenium, copper, and iron. Albion makes all of these trace minerals in proven bioavailable forms.